Many of famous Championships and competitions are in full play so our new version of JoomSport – WordPress Sports Plugin will be very handy at these days.

We are pleased to deliver several comprehensive core product features in 1.2.x releases:

Ability to create hierarchical seasons. For several stages competitions you can use new functionality allowing creation of Season containers that includes several child Seasons inside – so stats will be collected for all child seasons and can be displayed on one page on FE.

Ability to use match results inside the groups from previous season (pro version). And even more there are few variants how achievements from previous season will be used in current ranking. It will be quite suitable for managing championships with several stages. So when the first stage is completed for example the best 4 participants continue compete with each other but only based on their head to head results from previous stage. Check all possible options in the documentation. 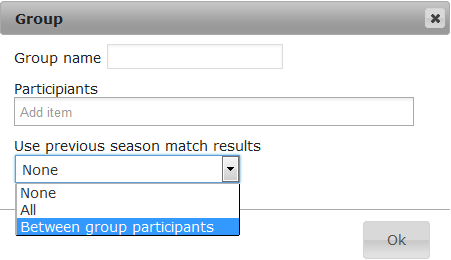 Complex matches in Knockout (pro version). Effective feature for creating series of matches between the same participants in Knockout (Single elimination) type of competition. Let’s consider quite famous example NBA, major professional basketball league in North America, where currently the Conference Finals are played in a best-of-7 series.  Team has to get 4 wins with the same opponent before it will get to the next round.

Besides such significant improvements new version include bug fixes:

WordPress sport plugin - Alfa release is on testing board