Analytics and showcases 31 May 2019
Fact: As of the current moment, we have managed to create the most stable growing Sports plugin on the WordPress market - JoomSport. It is growing steadily, and since its first release in 2016, there was no single week when active installs growth went below 0%. No other WordPress sports plugins can say the same about their product!Active installs ...
Read more

Sales and promotions 02 October 2018
Football (soccer) Data API connector Over last month our team worked on Data API integration with Soccer data feeds provider. There over 800 soccer league supported. The functionality is quite comprehensive so let us explain what services we offer at this stage: Import primary database Script allows you to import the following data into JoomSport ...
Read more 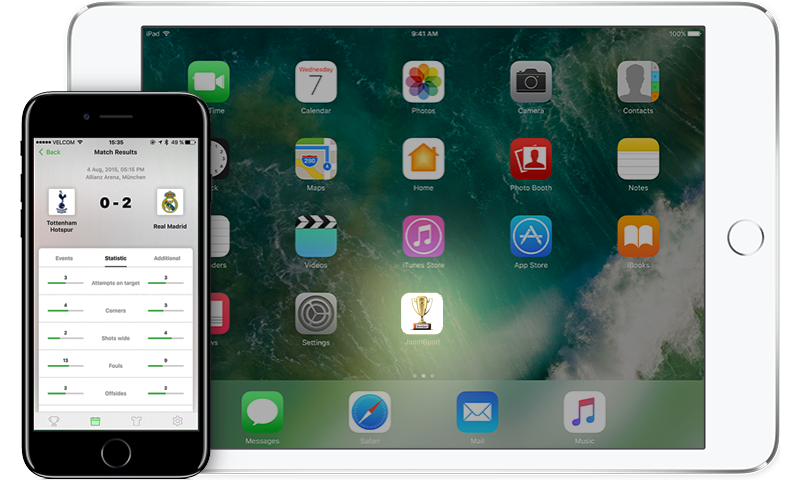 Mobile Apps 24 January 2018
After checking major sport league and team customers` traffic statistics we have found out that from 30% to 60% of site visitors are using mobile devices. What is more, the number of such visitors is only growing day by day. That was a good reason for our team to start thinking of how JoomSport data is delivered to end users phones. Is acces...
Read more
Mar
02

Now, when spring starts in the north and Australia meets autumn, comes a truly busy period for national sport leagues worldwide since many of them start their seasons in 2016. And, whatever is the tournament you’d like to start building online, you will likely find this task pretty embarrassing and awkward.

For example, the Australian Football League season, starting in March usually, consisted of 206 games in 2015, including 23 rounds and 18 final matches. Or, the 2015 Major League Soccer season took 340 matches to figure out the winner. So, it really doesn’t seem to be an easy walk to create manually that overwhelming number of matches, different match days, and seasons on you web site.

But, if you utilize the JoomSport extension you can take advantage of the JoomSport Match Generator add-on recently released and cataloged in our store.

The add-on allows streamlining the process above and enables you to generate matches in several clicks. This functionality saves tons of your time and keeps you from manual mistakes.

After collecting our first customers' reviews we decided to further enhance the product. First of all the improved sorting function will be added so it becomes easier to sort teams during the Matches generation process. Also, it is planned to develop the ability to generate matches of a selected Season Group only. The changes above will be delivered within the next JoomSport major release scheduled for the second quarter of 2016.

During the installation process you need to fulfill two actions. For a start, you should follow the BE -> Components -> JoomSport -> Add-ons path, choose the Match Generator add-on file and press the Install button.

Next, you need to publish the add-on to activate its functionality that completes the installation process.

BD: Hi, Roberto! Nice to see you. And, right of the bat, let’s start with your vision of the e-Sports industry and your company’s niche inside of it.

RL: Hi BearDev team, first of all let me thank you and your team for this opportunity. As you know, there have always been videogames tournaments among friends and, at a low scale, in specialized shops or in local associations. These events were clearly amateur-oriented, with the addition of some national or even international events, but the 90s are clearly a step forward for professional and competitive gaming.Over the last years, the e-Sports recognition increased a lot and this is mainly due to the industry created around it. Leagues and events organized by the Electronic Sports League (ESL) for example, or even by the developers of the most competitively successful games themselves, such as Riot (League of Legends), Blizzard Entertainment (Starcraft, Hearthstone and Heroes of the Storm), Valve (DotA and Counter Strike), or Activision (Call of Duty) take advantage of the media the same way as big regular sport events do.The key figure to understand the impact of e-Sports is 32 million viewers for the Finale of the League of Legends Season 3 World Championship in 2013, which was higher than the NBA play-offs of the same year.Regarding the Electronic Sports MastersTM (ESMTM), as you said, our objective is to promote e-Sports as well as the principles and values of the International e-Sports Federation (IeSF), but focusing on a single game, ARMA III.

BD: Is it true that e-Sports involve only a thin layer of the society mainly consisting of young people between 21 and 34 years old? And, what is your current audience structure?

RL: Having a look at the current evolution, I would even say younger, as kids now seem to be born with a tablet in their hands. Regarding Arma 3, it is a bit different because a big part of its community, players and ideas men are following the saga since its beginning in 2001 with the release of Operation Flashpoint… and it was 14 years ago. More recently, we decided to get figures about the average age among our audience, here are the results:

This shows that the ARMA III community is made of experienced players mainly due to the game developer company itself, Bohemia Interactive, which gave the code in open source as well as the tools allowing add-ons and mods to be created. About BI, I would like to add that their business model and the way they take care of the community are simply unique. Just have a look at the life duration of their games and free content they develop, such as e.g. the latest update “Nexus” released in November or the next one called “Eden” to be released at the beginning of 2016 with a powerful 3D edition tool, and as I said, everything is free!These are the things that make a player/customer faithful to the saga and create his special connection with the company.

BD: e-Sports seem to become a highly competitive market. How do you take the blow? What are the most important success components for you?